The Bachelor's Cuisine
Since my dad had a hotel I was the guy who usually brought the food for our long distance sailboat races. Over time, I became the ship's cook. Cooking is a creative art and I took a fancy to it. Now I want to share some of my culinary inventions. Simple but tasty. 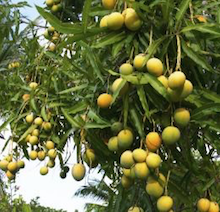 June 2, 2016
Mango Oatmeal Smoothie
In search of the perfect breakfast.

May 22, 2016
The Gods' Constipation Medicine
Good health should be one of our primary concerns and good digestion is critical to good health.

November 28, 2015
The Caveman Diet Revisited - Eat Real Food.
With YouTube one can now do a lot of research from the comfort of one's home. What I discovered about opulent diets is appalling.

February 10, 2013
Making Chicken Stock
Stock is at the core of good cooking as it goes into everything from soups to sauces

November 28, 2011
Cream of Potato Soup
A new addition to my caveman diet.

May 22, 2010
Fusion Cuisine: Italian/Mexican/Asian Fishion
Fusion Cuisine has been the rage for a while now. I'm just catching up.

January 3, 2010
The Caveman Diet
During 2009 I refined my Caveman Diet for health and weight loss.

December 23, 2009
Papaya Pork Stew
This is a nice variation on pork. I like it better than grilled pork with the papaya sauce on top.

June 8, 2008
The Mystery of the Egg Shells
Why do they use egg shells to clarify broth?

May 18, 2008
Freeze Chopped Parsley and Cilantro
A bit of labor saving advice.