Download Corner
To make it easier to find my software downloads I've added this section to Software Times. I have some more code elsewhere which I will bring over as time allows. This is free software that comes with no warrantees of any kind and with every kind of disclaimer. 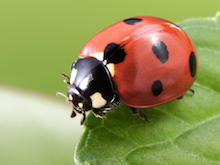 Novembre 20, 2017
Class phpDebug v 1.0.0
A php class to help find bugs that only appear when the script is called by a remote client.

May 19, 2017
Update: phpErrorReporter v 1.2.0
Add code to check size of the error log file to warn the administrator. Uses the function noticeReporter() added in version 1.1.0.

March 9, 2013
The Learning Script
An example of a script that learns as it goes along.

March 4, 2013
Synchronizing Production and Development Websites
It has been a nuisance issue for a number of years

February 19, 2013
Reporting Error 500 with phpErrorReporter.php
The latest upgrade to The Ultimate Error Reporter

January 9, 2012
Pragmatic JavaScripting
JavaScript is simply HUGE. How to deal with it pragmatically

December 12, 2011
php: Initializing Variables
Until now there was no simple way of initializing a large number of variables in php.

June 6, 2011
The Ultimate PHP Error Reporter
Keeping track of the health of websites is more critical than ever.