Venezuela: The Difficult Road Ahead


Venezuela: The Difficult Road Ahead

Taking over the legislature by winning an election was the easy part. For a dictatorship to stay in power it has to be ruthless. Chavismo was not ruthless enough for its own good. Initially it relied on Chavez's charisma something that Maduro tried to imitate but failed to deliver. Defection from Chavismo at the top has been ongoing. A large number of Chavistas were socialist ideologues who left the party as they became disillusioned with how the country was being run. This has been ongoing for well over a decade. Just yesterday I met one such defector, a historian who had helped write the 1999 constitution and who was in the seat of power. He quit the party on ideological grounds. At the other end of the scale, there is the economic defector and their number is large enough to swing elections by landslides: 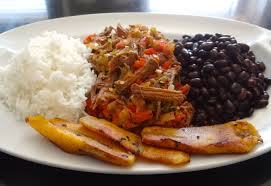 "I used to be a proud Chavista," said Rodrigo Duran, a 28-year-old security guard who switched allegiance in his vote on Sunday. "But how can I carry on when my salary doesn't allow me to feed my children? They deceived us."

The great difficulty is to bring the country back to economic health. Setting price controls is comparatively painless but it introduces terrific economic distortions. Just last week I paid $0.75 for a haircut. For the country to get back to economic sanity prices have to fit into the globalized economy. Our haircuts don't have to be priced at the same rate as in Los Angeles or Miami but they have to be high enough to allow the barber to buy products whose prices are globally set or at least influenced by global commerce. This adjustment, eliminating price controls, can be very painful, certainly much more painful than setting price controls in the first place. This pain was the reason a previous president, Carlos Andrés Pérez, was indicted (on trumped up charges) and removed from office.

Some countries, like Red China, managed the transition quite well. Others, like Russia, did not. How well will Venezuela cope?


PS: I feel vindicated. For a long time I thought that the collapse of oil prices would save my country although I couldn't predict how it would happen. It turned out that falling oil prices cut the government's ability to buy votes. Over 70 years ago Joseph Schumpeter wrote that liberal democracy is not so much about governing as about winning elections. Chavismo could not deliver on its promises so it was voted out of power. Let's hope the opposition learned the lesson. "It's the economy, stupid!"