I hope Denny is well and has a plan in place to get through this, and I wish the best for all who have to deal with the man-made tragedy of the Venezuelan economy

The above is from one of my many online friends. What follows was my reply at the Dog Brothers Public Forum (link below).

Denny is very well, thank you very much. Denny has had a plan in place for over 30 years! 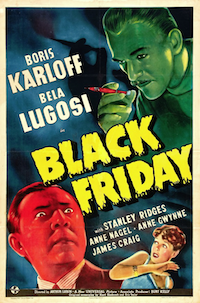 I returned from a visit to the US the next day and discovered that the government had devalued the bolivar from 4.50 to 14.00 to the dollar. There was also a privileged exchange at 7 or 8 to the dollar, I don't remember which. Along with the devaluation came decrees to protect the poor from gouging capitalists like myself. I was selling Apple computers. We got them from the distributor at Bs. 7,000. The list price was Bs. 10,000 and we sold them with a 15% discount at Bs. 8,500. A 21.4% mark-up. The decree that bankrupted my business required me to sell my inventory at old prices, Bs. 10,000, the list price. There was no need to protect capitalists from capitalists, the distributor was under no obligation to sell old inventory at old prices. Do the math: 7000/4.5*14 = 21,778. I don't recall the price we were offered but it was higher than what I could [sell] my inventory for. Quite simply black Friday stole my working capital.

What I did to overcome the crisis is a long story but the stress finally got to me and I wound up in the hospital with a heart problem in 1984 or 85. Luckily insurance covered it. When my partners came to visit I told them that the government sons of bitches would not kill me. That's when the plan was born.

Venezuela has been officially socialist since January 23, 1958, the day Marcos Pérez Jiménez was deposed by the navy in combination with several socialist political movements that had been outlawed during the dictatorship.

Humans are gregarious and thrive best in a society that competes, trades and cares for the needy -- as far as possible. Neither extreme capitalism nor extreme socialism work. Somewhere in between we do best. I call this midpoint "pragmatic socialism." Pragmatic socialism has social safety nets but if everyone is in the net there is no one left [outside] to hold it up. 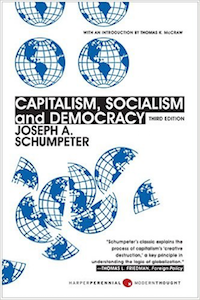 But there is a fly in the ointment! As Joseph Schumpeter wrote over 70 years ago (1942) in Capitalism, Socialism and Democracy, the book where he coined the phrase "creative destruction," liberal democracy is not about governing as much as it is about winning elections. You only get to govern if you win the election or if you buy the elected.

While pragmatic socialism is OK, the safety net becomes an instrument to buy votes. The end is calamity. The right is not exempt, their safety net is for the banks and the wealthy, the so called "corporate socialism."

Denny has a plan

The issue is access to hard currency. Those who have it are doing fine. Those who don't depend on government handouts. And that is the game plan, subject the people to beneficence of the government. Mendoza didn't get dollars to import barley and Polar had to shut down. Cisneros got dollars and his brewery is doing just fine. The Cisneros have been buying politicians as far back as I remember, right, left, or center makes no difference, no ideology, just power and wealth matter.

With multiple exchange rates the government and its friends have access to hard currency which comes from the export of oil which is a government monopoly. The rest of us have to rely on converting our soft money into hard money in what is called "capital flight." That means investing outside your country which, in turn, means cutting investments in your own country. This is exactly what I proposed to do back in 1984 or 85, never again to invest in Venezuela, a country that has been good to me and my family and a people I like very much. But survival comes first.

The reality on the ground

There is so much more I could write but I'll cut it short showing how inexpensive Venezuela has become for those who have hard currency. The similarity with Weimar Germany is striking.

Some things are, indeed, in short supply. Amazon to the rescue! Packages under $100 come in duty free. So far I have used Amazon for Fruit of The Loom briefs and socks, underarm deodorant, bath soap, baking soda, Tums, fish oil and other supplements. People have been growing beards for lack of razors. Amazon has disposables at 70 cents a unit. Orders over $49 ship free. Orders under $100 are duty free. Figure expenses at 30%. Resell @ $2.00. Just a capitalist thinking out loud...

These prices are terrible for someone making the minimum $15 MONTHLY wage! If you have hard currency you are in the 1%.