I have been studying money for decades. I've read Money: Whence It Came, Where It Went by John Kenneth Galbraith and The Ascent of Money: A Financial History of the World by Niall Ferguson. Both are very interesting but neither is entirely satisfying in understand money qua money. Of Galbraith I wrote in 1999

As much as I like and recommend Galbraith, he too shirks the question: "What is money?" He continues chapter one:

"It will be asked in this connection if a book on the history of money should not begin with some definition of what money really is. What makes this strip of intrinsically worthless paper useful in exchange, leaves another piece of similar size without any such worth? The precedents of such efforts are not encouraging. Television interviewers with a reputation for penetrating thought regularly begin interviews with economists with the question: 'Now tell me, just what is money anyway?" The answers are invariably incoherent..... The reader should proceed in these pages in the knowledge that money is nothing more and nothing less than what he or she always thought it was..." What a cop out!!!!

There is a huge baggage of myth and misconception about money that is hard to strip away but it needs to be striped to get to the essence of money. I've read other authors with Ph.D.s and Nobel Prizes who are totally immersed in money myth and misconception -- I've gotten a lot of flak when I pointed this out, these economists have gained god like stature and are untouchable. Oh well... 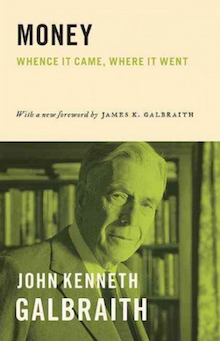 Money is like Arthur C. Clarke's Magic. People know it works but most don't know how or why it works. Many economists think that only a metal can be money and that shows their ignorance. The use of commodity money with intrinsic value confuses a lot of economists. What the intrinsic value of the commodity does is to create the trust that the issuer of paper money often lacks. "My word is my bond" is at the core of money. What you need in addition to trust is some form of physical or digital representation that makes it easily transferable, and security that it cannot be counterfeit.

Tracing money to its origins is very helpful. As Adam Smith pointed out, the division of labor enhances productivity. For the division of labor to work you need to exchange things. To exchange things efficiently you need marketplaces. Barter is cumbersome, you need something to represent the things being traded. In ancient times they recorded the trades on clay tablets but that was pretty cumbersome. What you need is something that abstracts the very essence of the trade omitting all the irrelevancies. The essence of trade is the exchange of value for value and that is the only thing that money records, how much value was exchanged. This disembodied essence needs some physical or digital representation and that can be anything we accept and trust, gold, silver, IOUs, paper money, sea shells, tobacco, whatever. 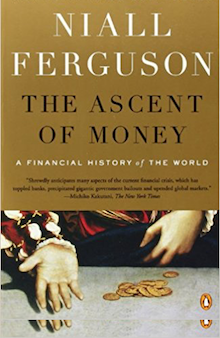 The three rules of money

What seems more complicated is how money is created. Gold and silver were mined, the supply was scarce enough that mining didn't usually devalue the currency. When the Spanish mined Potosí the supply was so great that it did cause inflation. It wasn't really inflation, it was the devaluation of silver money. This is a dichotomy that really throws economists off track. I'm living through that now in Venezuela. We have inflation in bolivars but not in US dollars. So, which is it, price inflation or bolivar devaluation? Einstein has the answer, it depend on your point of reverence! If the "value" of money is immutable (as it should be) then there is no inflation in Venezuela, only local currency devaluation. The bolivar has ceased to be healthy money, we know that tomorrow we will need more of it to buy what we can buy today with less of it. Trust is dead.

This is as far as I have been able to strip money of its irrelevant baggage.


Money: Whence It Came, Where It Went by John Kenneth Galbraith
The Ascent of Money: A Financial History of the World by Niall Ferguson
Money (1999) by Denny Schlesinger