How Do You Measure Inflation?


How Do You Measure Inflation? 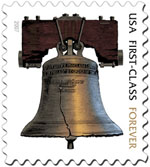 This essay was triggered by John Mauldin's latest Outside the Box email newsletter, Is The Government Lying To Us About Inflation? Yes! My objective is not to take sides in the debate but to show how difficult and how personal inflation really is.

How do you measure inflation?

If last year a first class stamp cost 10 cents and it costs 15 cents now then you can say that postal rates had 50% inflation. Simple. 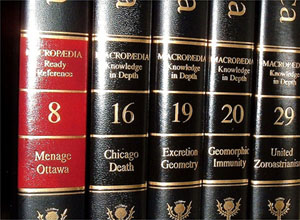 When I was a boy I thought that encyclopedias contained all the knowledge in the world. The Encyclopaedia Britannica consisted of 35 big, fat books including an atlas and a bible. All that was worth knowing was there. Until you discovered it wasn't. I don't recall what I paid for my two Britannicas, one bought in 1962 and the other in 1986, both on credit. The thing is that today I get all the information, much more information, from many more sources, for free. Google destroyed or dethroned all encyclopedias. Google is deflationary. But how much? If the Encyclopaedia Britannica cost $1000 and now that knowledge is free, Google is 100% deflation. But how do you figure in that you can have 100 times more information with Google at zero cost. Would that make Google 10,000% deflationary (100% x 100 times the knowledge)? If the encyclopedia costs $2,500 and has a 25 year useful lifespan, it can be amortized at $100 a year. In a household making $25,000 that represents four tenths of one percent of income (0.4%). Even a 10,000% deflation on the 0.4% would not move the needle in your finances.

For me Google has been a life changer. I have made money developing SEO for clients. Google is a constant companion when writing computer code. One of my most fruitful searches is for tutorials on solving the problems I need to code. I'm several times more productive than I used to be but there are so many coders out there that I can no longer make a living writing code. Catch-22! Is it inflation or deflation? 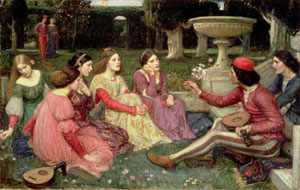 Curiously, over the weekend I watched a video about the Black Death which took millions of lives across Europe over a three year period (and gave us the Decameron, Johnny Boccaccio survived the pestilence and used it as the background for the story telling). But the curious fact was that a decimated English countryside, which made labour [sic] scarce, was also the start of the emancipation of the serfs because the laws of supply and demand trumped man made laws. Wage inflation was horrendous for landowners but the engine of freedom for serfs. How much is that worth? To whom? The Black Death was creative destruction, one of the mainstays of capitalism. It promoted social equality but at a huge cost in lives and suffering. How do you value the Black Death? 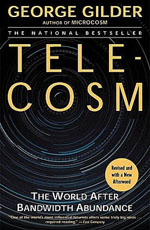 The "telecosm" was so deflationary that telcos could no longer charge by the minute but only a flat rate for the connection. The "telecosm" was so deflationary that many carriers went broke because they could not recover their capital expenses. And that deflation allows many of my friends and relatives to video-conference across the ocean practically for free. Not even Midas could afford that back then, it was impossible.

How do you measure inflation? In the parable of the broken window pane Frédéric Bastiat illustrates that some things are seen while others are not. Anything that hurts the pocketbook sends loud signals but freebees tend to go unnoticed. No wonder some people claim that the government understates inflation. And since understated inflation is good for the politicians in power, critics can make plausible arguments. Do the arguments on either side apply to your personal inflation? That is the question for you to answer.


Is The Government Lying To Us About Inflation? Yes!
TELECOSM: How Infinite Bandwidth will Revolutionize Our World by George Gilder
The Black Death Documentary YouTube