Book review: Freefall: America, Free Markets, and the Sinking of the World Economy 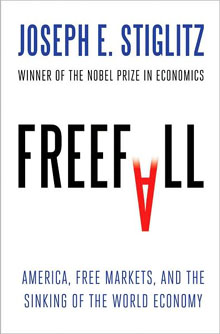 The key event that differentiates Islam and the West is the Protestant Reformation which cut the Pope down to size, got rid of the divine right of kings and other abuses of power by the Catholic clergy. Muslims have not yet achieved separation of Church and State and they still live largely under theocratic rule. That is not to say that the West has banished authoritarian rule permanently. We have seen plenty sad examples in the last century including Francisco Franco and Adolph Hitler supposedly on the right and Marx/Lenin/Stalin on the left. What truly unites these despots is that they take away our freedom in the name of some higher standard, moral or economic, just like religion tries to do. The American left or liberals, of which Joseph Stigliz is a card carrying member, might be less tyrannical but they are equally intent on ramming down our throats their points of view. This is amply covered by Thomas Sowell in The Vision of the Anointed so I won't spend any time on it.

The main reason I read Freefall was because a reviewer said that despite Stigliz's leftist orientation, this was a very lucid explanation of the financial crisis. I agree that the initial chapters which deal mainly with the facts of the crash are well written even though early in the game Stigliz starts to promote his ideas by talking about "fairness" which is not an economic but a political or moral concept, and about global warming which is scientific fraud in the best of cases. 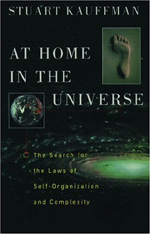 I have two objections to Stigliz, one conceptual and another the specifics that I address below. Stigliz, like most mainstream economists, is still rooted in classic or neoclassic economics of scarcity, efficiency and rationality. This might allow simplified models that "work" but which don't depict reality by any means. A more realistic model is the one proposed by the Science of Complexity. Stuart Kauffman proposes a fitness landscape where we all of us compete. As some players acquire more fitness the landscape is distorted and the game changes. This fits perfectly with investing models that work for a time and then stop working. This new view of the economy is based on biology which makes sense since the economy emerges when biological agents interact.

But further, a biological model also avoids the need for economic angels and demons. In the gravitational model of the economy you need something external, not available in the stars, to account for malfunctions of the economy. The Solar system does not have periodic bouts of inflation, deflation, bubbles and other economic events. Using a complex system as the model, all the phenomena we observe in reality are available in the model. 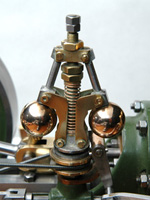 I agree with Stiglitz that all systems need a negative feedback mechanism to keep them running within specifications. This has been known by engineers for centuries, centrifugal governors were used to regulate the distance and pressure between millstones in windmills since the 17th century.

Banks in particular need strict regulations since they play such a vital role in the economy and in the creation of circulating currency. But it is one thing to regulate the functioning of banks, another to micromanage them and a third to use the regulations for social engineering. When Stiglitz starts to talk about fairness I'm sure he has the third type of "regulation" in mind: fair lending act and so on. That is worrisome. 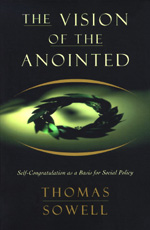 Stiglitz also stresses the need for the state to regulate the economy as if the state were some kind of superior and error proof entity. We have seen many cases where the state is evil and many other cases where the state is incompetent. Back in 1776 King George was the state and Americans rejected it. Now the UK is a friendly nation. Stiglitz seems to think there is some kind of phase change when an ordinary citizen become a government employee. This person goes from ordinary incompetence to governmental savvy on employment unless his name happens to be George W. Bush in which case he remains incompetent. I must stress that his is not a scientific way of looking at the issue. If not everyone can become a competent and infallible government employee then it must be the Anointed who must be chosen. Stiglitz will surely tell us who those people are in addition to himself who has already worked at the UN.

To properly address all the content of the book I would have to read it again taking notes and that is a torture to which I will not subject myself. It will have to suffice to comment on the items I remember.

In the chapter about the need to redo economics we learn that all the economists who disagree with Stigliz are wrong. Worst is Milton Friedman with Hayek and Schumpeter not far behind. I suppose their crime is that they are not leftists. 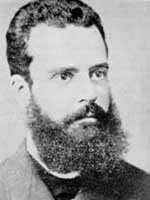 Elsewhere Stiglitz complains that the distribution of wealth is uneven. Yes, it is uneven, has always been and will continue to be uneven in a free economy. The Italian economist Vilfredo Pareto was possibly the first to notice the uneven distribution of wealth and he created a mathematical formula to describe it back in 1906. Nature is neither fair nor efficient, it's job is survival of the fittest. Mitigating the suffering of the bottom part of society might be a worthwhile and moral endeavor but trying to make all of us alike is futile and counterproductive. As Churchill said, the job of the communism is to distribute misery equally, except to the Anointed, of course. While capitalism might produce inequality, it lifts all of society. The American poor are better off than the rich in less fortunate countries. How many blackouts do the American poor suffer per year? Likely none. The middle class in many countries has no electricity at all.

While a lot of blame is thrown at Bush and at bankers not a single misdeed is attributed to labor unions. While this happened after the publication of the book, let's remember that labor unions are denying 1000 jobs to non unionized labor in the Carolinas. How is that "fair?"

Not even president Eisenhower escapes blame. He is blamed for the highway system that promoted suburbs, SUVs, and excess gas consumption. Of course, no mention is made of all the jobs that this magnificent project created directly and indirectly. 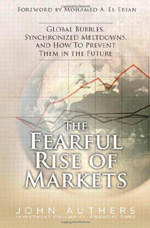 Stiglitz writes with a strong political bias. His cure-all is more government intervention led, of course, by the Anointed such as himself. The West has invested much too much in reining in authoritarian governments such as the Church and various kings and dictators to put itself now in the hands of a new band of superior beings, the Anointed.

If you want to find out what really happened and why, I suggest you read The Fearful Rise of Markets by John Authers, a journalist at the Financial Times, with a foreword by Mohamed A. El-Erian of PIMCO. Authers stresses that his book is not an economic treatise but journalism and I can confirm that it is very illuminating. It shows how market forces got around banking regulations, how banks lost their traditional business and what they did about it. In no way is this an apology for banks, just the facts as they happened.


Freefall: America, Free Markets, and the Sinking of the World Economy by Joseph E. Stiglitz
The Vision of the Anointed: Self-Congratulation as a Basis for Social Policy by Thomas Sowell
At Home in the Universe: The Search for the Laws of Self-Organization and Complexity by Stuart Kauffman
Vilfredo Pareto
The Fearful Rise of Markets: Global Bubbles, Synchronized Meltdowns, and How To Prevent Them in the Future by John Authers (Author), Mohamed A. El-Erian (Foreword)