The Debt Ceiling and The Lame Duck 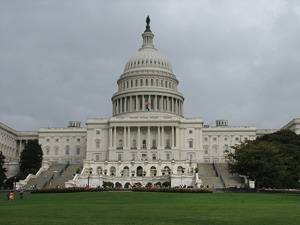 The US Congress is the most important marketplace in the world. They might not trade in goods and services but in ideology which, at the end of the day, trumps goods and services. America was born out of horse trading by the Founding Fathers and they produced a darn good nation. I like gridlock. I like horse trading because it is what produces the mildest form of government.

Some fifty years ago Joseph Schumpeter of "Creative Destruction" fame wrote that modern democracy is not about governing but about getting elected. Accordingly, lets follow the votes. I truly believe this whole political theater is about getting reelected, at least for those politicians who are not ideologues but pragmatists first. Bill Clinton's about face was a good example. 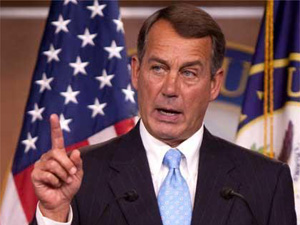 John Boehner
For me, the most significant event of the week was the inability of Speaker Boehner to bring his compromise bill to a vote.* That tells me that the Tea Party freshmen feel more confident and are stronger than anyone gave them credit for. But Boehner's "defeat" also has consequences for Reid who was planning on tabling Boehner's bill but use parts of it in his own compromise bill. But Reid is also weaker now because he does not have those "concession" to include in his bill. The more difficult it is for the two parties to reach a compromise, the less palatable will be whatever is finally offered to Obama for his signature. As a consequence, the winners are the Tea Party freshmen. Can the two extremes, Obama and the Tea Party, reach an agreement? Implied in the question is the dwindling importance, at least for now, of the traditional parties. 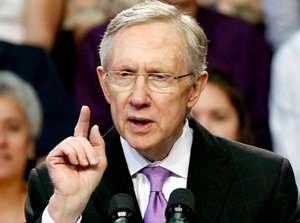 Harry Reid
I still believe the debt ceiling will be raised but not as much a Obama wants, maybe enough to do business for the next six months when we'll have another shoot-out at Capitol Hill. The Debt Ceiling will be part of the presidential election debate, much to the chagrin of President Obama.

None of this should come as a surpise to observers of the American political scene. The beginnings of the grassroots revolt were apparent during the 2009 Congressional recess town-hall meetings many of which were aired on YouTube making it impossible for the MSM to hide or deny it. Just like the original Tea Party, it was about money, about taxation. Lest I be accused of 20-20 hindsight, here are quotes (with links) to my comments on the issue 18 and 24 months ago: 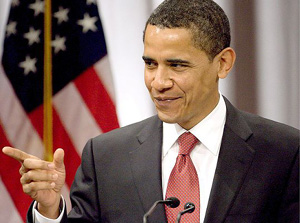 I admit that I find Obama economically depressing. What I find particularly irksome is his approval and support for the fat cat Wall Street bankers. By now a true Liberal Democrat would have brought in the trust busters and chopped the mega-banks into smaller, safe-to-fail banks. Instead, Obama brings in Tim Geithner, a NY Fed fat cat whose job description is to support the Wall Street mega-banks. That some American tax payers don't howl at this abuse is quite beyond me.

Economically Obama is acting like the president of any banana republic and I should know since I live in one. The economy will not forgive Obama. Presidents who mismanage the economy like Crater and Bush Sr. did, are not reelected.

I'm not that partisan at all. With the exception of Mrs. Clinton's health care program, I didn't have a problem with the Clintons. I never liked either Bush. Before the late 1980s I didn't pay much attention to American politics in any case. But now that my portfolio is strongly affected by American politics, I'm very much concerned. Like Clinton said: "It's the Economy, Stupid!" [Highlighting added.]

The economy is so bad that Obama is a lame duck president after less than one year in the Oval Office. The Guinness people are preparing a special prize for him, the Lame Duck President Prize.

Someone please rescue Clinton's sign: It's the economy, Stupid!

While I could not anticipate the details, the dominos are falling in clockwork fashion. First the town-hall meeting protests, then the Democrats losing the House and the filibuster proof majority in the Senate. Next should be the Democrats losing the presidency unless Obama manages to do an about face from ideology to pragmatism much like Clinton did. Except the situation for Obama is much more dire on account of the miserable state of the economy.


* After I wrote this article, Speaker Boehner did manage to bring his compromise bill to a vote but only after adding more concessions to Tea Party freshmen. As expected, the Senate tabled the bill with a number of Republicans joining the Democrat block. This does not change the gist of article.